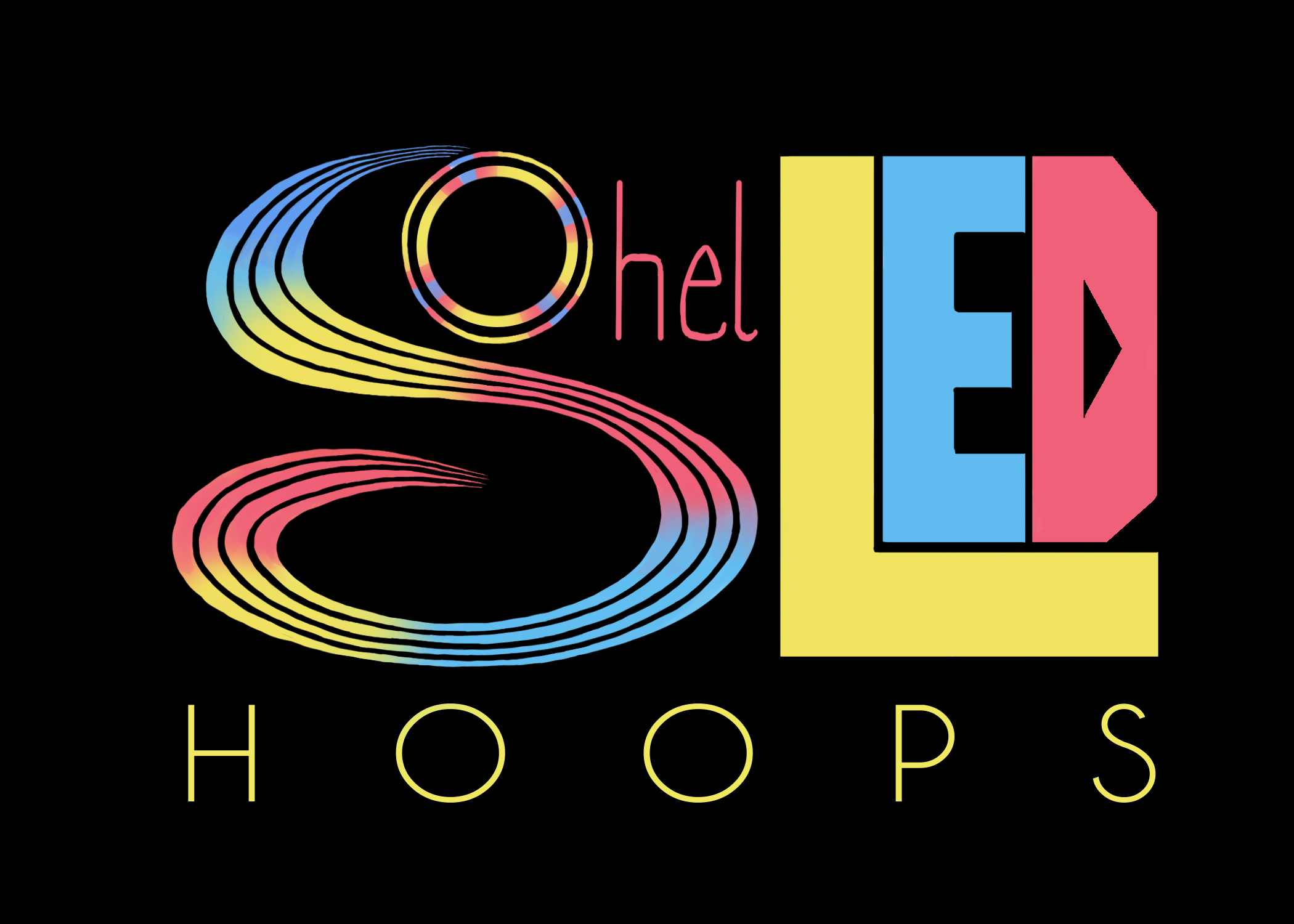 How a Hula Hoop Made Me Sane 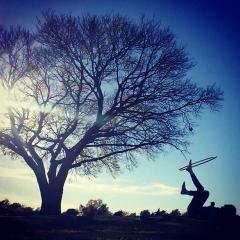 Author Payton Horn talks about how her troubling past led her into mental illness and how hula hooping has changed her life to be a happy, stable and medication free one!

It all started when I turned seven. Up until then, my life was that of a normal, care-free child. Shortly after my seventh birthday, I was sexually assaulted by my then step-brother. I don’t think the effects of that have ever really left me, even to this day. I was tiny, helpless, and severely traumatized. At that time, I didn’t really understand what had happened to me and I was threatened multiple times by him to never tell anyone.  So I didn’t.  I remained in my head,  wondering what I had done to deserve such horrible treatment by my step-brother, who was supposed to watch over me.

Some months after this happened; my father’s long time best friend got brutally murdered by his strung-out brother.  Unfortunately, newly-traumatized little Payton witnessed it. I won’t go into too deep of detail but I will tell you that there was an axe and multiple stab wounds involved. This is where I shut down completely.  I blocked out what I’d been through for a few years after this. My dad shut down at this point too, and still hasn’t come back to me.

Two years later at about 9 ½ years old, I started hearing voices in my head and having some very intense visual hallucinations as well. These continued for seven years before I told anyone about them. I’m not sure how I kept myself together enough to fool everyone into thinking I was okay, because I most certainly was not. For years, I thought I was destined to be like this for the rest of my life.

When I turned sixteen I met my boyfriend Michael. He was the first person I ever felt comfortable enough with to tell my story and what was happening inside my deteriorating mind.  He was there for me while I cried all night and explained to him why I was so damaged. He was and still is the most supportive person in my life.

About six to seven months after we met we moved in together. One night we got into a petty argument, but with my unstableness it escalated into me having a major panic attack. The police showed up at our door pretty quickly after this as someone thought he was abusing me from my panicked crying and screaming. When they came through our door he was already holding me and trying to calm me down.  In the state of mind I was in, I made a mistake by saying that I wanted to die while the police were in our apartment. At this point, the police basically pried me away from Michael and transported me to a hospital because I was a danger to myself. I spent thirteen days in the behavioral unit at a local hospital and I want to say that this made me so much worse than I was before I went in.

This is where I finally got a formal diagnosis – schizophrenia, depression, anxiety disorder, and PTSD. As you can imagine the list of medications for this mix of illnesses was a mile long. I had been on Prozac, a regular anti-depressant, for years before this, but now I was very, very heavily medicated. I was taking seven pills a day for the next four years. I never felt like myself anymore, I still heard voices and hated myself. I truly think the medication was holding me down more than I already was.

I turned to drugs and self-harm. From the sixteenth to eighteenth year of my life, I battled addiction. Being high on something — anything, was the only way I knew how to cope with what was happening in my head. Drugs and hurting myself were the only coping mechanisms I had. I will forever bear the scars of what I did when I hated myself. Scars from cuts and cigarette burns cover my left arm to this day.

Michael and my amazing mother always stood by my side. Through all of this, my companion watched me deteriorate farther and farther away from him. My mother watched her only child hurt herself, steal to get her fix, and be completely unresponsive from drug abuse. I can’t even imagine the pain I put them through, all while I was trying to mask my own. I’m truly lucky that I have such amazing people in my life to help pull me through.

About halfway into my eighteenth year of my life, I fell pregnant. I was taking birth control every day, and it still happened. I think it was fate. This was my wake-up call. I had our child in my tummy and I was going to do whatever it took to do right by this baby. I immediately stopped doing all the things I was doing to myself and my psychiatrist took me off almost all of my medication. This was one of the hardest things I’ve ever been through.  I was young, damaged, and so afraid. My pregnancy was a tough one. I was hospitalized multiple times for hyperemesis gravidarum, which is basically just severe morning sickness. It lasted almost my whole pregnancy.

On November 10th, 2014, a couple of months after I turned nineteen, my beautiful Gabriel Alexander was born. He was perfect and healthy. I have never been so in awe of something in my life. The bliss of my new baby and my happy family lasted for about two months before I felt myself slipping again. I was breastfeeding up until Gabe was about eight months old and I couldn’t take the pain in my head anymore. I weaned Gabriel off my breast so I could return to taking medication. I took my meds every day, and once again, I didn’t feel as though it was helping me.

A short seven months ago, I discovered hooping. I don’t remember how I came across it, but there was a video on Tumblr of someone ankle hooping to Bassnectar, and I was completely in awe. I reblogged it to my blog and added a caption saying I wanted to learn. Within the next few days, I got myself some cheap hoops from Big Lots. I spent hours and hours on end trying to master the basics. Once I got comfortable, I invested in my first “real” hoop.  A 34” taped polypro that I will never let go of. I swear that hoop is what helped me recover so quickly. I practiced constantly with that hoop until I felt as though I’d hit a plateau, and it was too big for what I wanted to learn. I moved on to smaller hoops, and advanced every day.

About three months after I started, I went to my psychiatrist and requested to be taken off of all of my meds. He advised me strongly against doing this but I was adamant in my decision.  It was one of the best I’ve ever made for myself. I’ve always been an artist but I never found release in my art. It was always an outlet for all my negativity and sometimes made me feel worse. I found my release through dancing with my hoop. I found happiness and a true positivity that I’d never experienced in my life. I learned patience with myself and a new love for my body. I never would have thought that a hula hoop would be what helped me move on from my past  but I’m so glad I let it overtake me the way I have.

Now I’m twenty. I’m halfway to twenty one and I’m truly happy. For the first time since I was a child I feel free. I don’t have voices in my head and I’m not anxious about the future.  Every time I have negative thoughts I hoop them out. It works wonders to just get lost in the music and dance my pain away. I have a massive amount of positivity and love that radiates out of me. I have a happy little boy and a caring, supportive man that both love me endlessly. I want my story to inspire people that are going through rough, horrible times. I spent over half my life being afraid and suicidal. I never thought I could escape but I did. All thanks to this absolutely beautiful way of life and the amazing community that surrounds it. I finally found my peace. 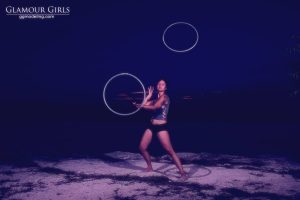 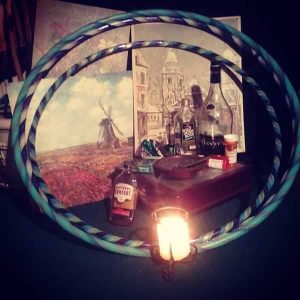 I want to begin by saying that not all hoop journeys begin blissfully, and that’s ok. The most obvious hula hoop benefits hold no…

When you diving deeper into the hoop world, chances are you have filled out an application of some kind. Sponsorships, hoop troupes, performances, and…